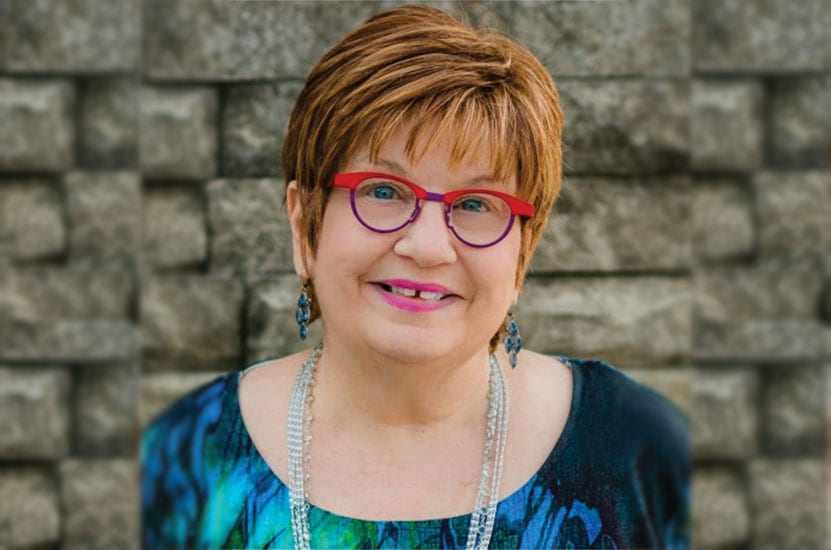 Nancy Dunis shares insights into the value of laughter and friends who bring joy.

Frank Sinatra sang “Nancy with the laughing face;” but in my world I would have had him sing Leslie with the laughing face. I met Leslie Akin, owner of Lake Oswego Graphics, about a year and a half ago when I attended a Chicks Connect meeting at her office across from the LO post office. I had read an article in the Review about Chicks Connect and was curious. Leslie was head chick for the Lake Oswego area. When I arrived at the meeting, I remember announcing to the group that I thought it was a grief support group as opposed to a networking group. Leslie chortled loudly “we’ll give you grief all right.” She did; and she does; but it’s always out of fondness and affection.

We just really hit it off at that first Chicks meeting. She was the reason I kept going back. I never knew what the meeting would entail or what kind of nonsense Leslie would hand out. Whatever it was, I batted it right back. One week she was razzing me about the socks I had on. They had ‘this meeting is bulls**t’ written on them. Another time she teased me about my embroidered jeans saying, “I see you’re wearing your mariachi pants.” I roared with laughter because they do have that sort of Mexican feel to them.

Leslie’s a kidder but she’s also a special friend: she has your back; she’s supportive; and won’t let you do things that are not in your best interest.  One of the things I most appreciate about knowing Leslie is the mantra she lives by, “if it doesn’t bring you joy, why do it?” I love her for constantly reminding me of this. Both Leslie and I have spent time the last few months weeding out a lot of the non-joy in our lives.

Our sense of integrity about doing the right thing plus a huge element of trust are values that really seem to connect us.  If she tells me something I may not want to hear, it’s because she cares. I appreciate that I can talk candidly with Leslie, The Brand Boss, graphic designer and branding specialist. If I’m not crazy about one of her graphic ideas, I can say so without fear of those chocolates on her desk being laced with arsenic. Not only does Leslie knows her graphic stuff but she also knows how to portray each businesses’ heart and soul about who they are and what they do.

If I had to describe Leslie with a phrase, it would be always laughing and cracking jokes…clowning around. Truth be known, in a previous life Leslie was a professional clown for 15 years. She grew up in Maryland and twice she performed at The White House under presidents Carter and Reagan. Ironically, she met ‘The Chairman of the Board, ole blue eyes himself.’  “His eyes really were that blue,” comments Leslie.

Although she no longer performs as a clown, Leslie is still involved with the clown community sharing her knowledge and skills via Facebook and her recently published book “A Fool’s Guide to Clowning.”

Although she may not be performing any more, Leslie still has a hankering for magic tricks. She invited me to go to a magic show with her one weekend. The magic show wasn’t quite what we expected but we laughed ourselves silly anyway, especially when I got skunked by an imitation skunk that jumped out of a box and landed on my arm. I shrieked so loud you could have heard the sound from one end of the mall to the other.

We couldn’t take the rambunctious, hyperactive, unsupervised kids that couldn’t sit still. One kid really cracked us up. The magician asked for volunteers. This kid was practically on stage before the magician even picked him. Once he was on the stage he kept grabbing the props playing with them and telling the magician what to do. Agh! We’d had enough.

Here’s to you, Leslie Ann Akin for getting your book written and keeping joy in your life and in mine. See you at Burgerville for a cup of joe and ice cream.

Do you want to know about Chicks Connect Mastermind groups?
https://ampros7.isrefer.com/go/chicksmembership/leslie